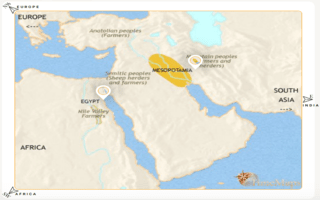 The Ancient Middle East was probably the most crucial region in the history of the world. It was here that farming first arose, the earliest cities appeared, writing first developed (and later the alphabet), the wheel, the sail, bronze metallurgy, iron metallurgy, the first empires, the first law codes – all were first seen here.
This article covers is a general survey of the Middle East in ancient times, from prehistory to late Antiquity. The individual civilizations are dealt with in other articles – you can follow links to them from here. Read more... »

Top 11 Inventions and Discoveries of Mesopotamia 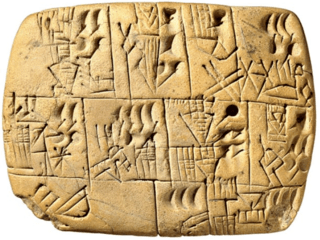 The Sumerians developed the first form of writing called “cuneiform” to maintain business records. It was mostly used in trade, where merchants recorded information such as the amount of grain traded. The Mesopotamians also used writing to record daily events like astronomy.
Cuneiform evolved as a simple pictograph. For instance, the pictograph for a horse might be a small image of a horse. The writer had to drag the tip of a stylus across wet clay to create a shape. It was hard to remember every character and it would take 12 years for a person to learn to write in cuneiform. Read more... » 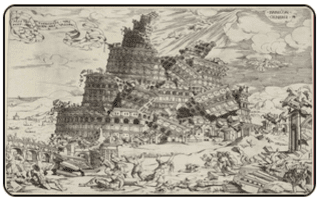 In explaining the content of an inscription known as “Cuneiform Royal Inscriptions and Related Texts in the Schøyen Collection,” Owen Jarus comments, “In the inscription, Nebuchadnezzar talks about how he got people from all over the world to build the Marduk tower and a second ziggurat at Borsippa.”1) This is the oldest known image of a ziggurat, with the full text stating: Read more... »

The History of Israël 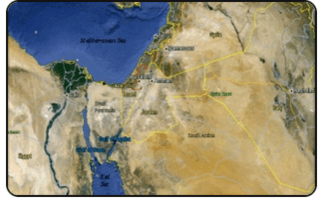 The history of Israël is one of persecution, struggle, oppression and survival. Long before Jacob became Israël, since the ancient beginnings of Genesis, the Jews, and later their tiny nation, has been in a constant state of survival. From the moment of Abraham's arrival in the land of Canaan,
God's people have been surrounded by enemies on all sides. Read more... »