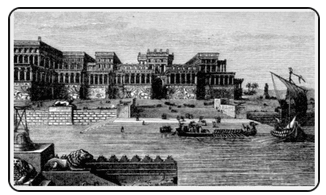 Archaeological Discoveries and the Bible Fallen Empires researches significant discoveries from ancient empires.
Some of the remains that archaeologists might find are things like written documents, cylinder seals, coins, pottery, sculpture, tools, weapons, jewelry, objects of art, religious objects, inscriptions on things like clay tablets or stone bas-reliefs, or monuments. Sometimes archaeologists excavate buildings, or palaces, and even sunken ships. Sometimes entire cities or portions of cities have been uncovered.   Read more... » 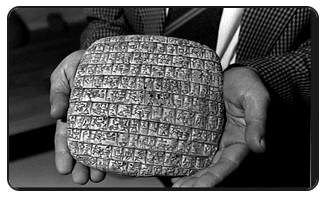 Archaeologists knew from their study of Sumerian, Akkadian and Egyptian texts that there had been once an ancient assyrian empire called Ebla. In 1964 a young graduate of Rome University, Paolo Matthiae and his team uncovered the remains of a city under what was known as Tell Mardikh (pictured) some 30 km south of Aleppo in northern Syria. The tell was identified during their excavation of 1968, when they unearthed a male statue containing a 26-line inscription with the words; dedicated to Ibbit -Lim, son of Ikris-Hepa, King of Ebla.   Read more... »

Who’s Who in the Empires of the Bible

The Bible recounts the rise and fall of mighty kingdoms and vast empires, primarily through the lens of their relationship to biblical Israel and Judah. The story follows Israel’s oppression, rise to prominence, destruction and subjugation. Ultimately, Bible prophecy tracks the progression of world empires even to modern times and beyond—to the Kingdom of God at the second coming of Jesus Christ. Read more... » 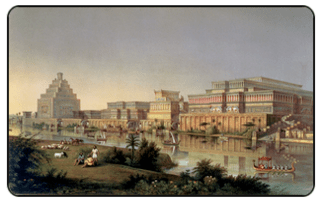 The Assyrian Empire was a collection of united city-states that existed from 900 B.C.E. to 600 B.C.E., which grew through warfare, aided by new technology such as iron weapons.
The 7th Century Assyrian King Ashurbanipal built his luxurious palace on the banks of the Tigris River, the main water source for the king and his many subjects in the Assyrian capital of Nimrud.
Photograph by Heritage Images   Continue reading... » 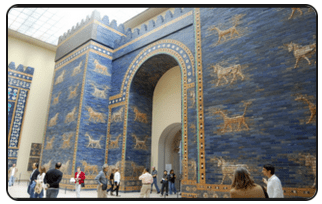 Written by The Editors of Encyclopaedia Britannica

Babylonia, ancient cultural region occupying southeastern Mesopotamia between the Tigris and Euphrates rivers (modern southern Iraq from around Baghdad to the Persian Gulf). Because the city of Babylon was the capital of this area for so many centuries, the term Babylonia has come to refer to the entire culture that developed in the area from the time it was first settled, about 4000 bce. Before Babylon’s rise to political prominence (c. 1850 bce), however, the area was divided into two countries: Sumer in the southeast and Akkad in the northwest.   Read more... » 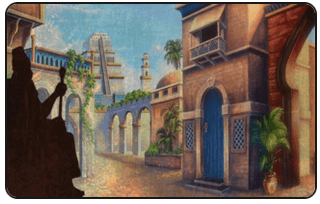 Nebuchadnezzar, son of Nabopolassar the Chaldean, was the Babylonian ruler who reigned over much of the civilized world in 604-562 BCE.
Nebuchadnezzar is notorious for decimating the Jewish presence in the Land of Israel, exiling the vast majority of its denizens to Babylon, and destroying the first Holy Temple.   Read more... » 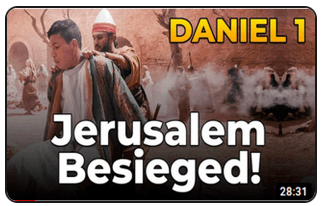 By a remarkable turn of events, Daniel the hostage became Daniel the Prime Minister of Babylon, and the king’s most trusted adviser.
In fact he prospered under the reign of four kings. How did he do it? How did he survive 70 years of captivity? His secret of inner spiritual strength will provide us with the key to surviving the challenges of life, and more importantly the end-time. Find out more in our new program: The Captive.

The Persian Empire is the name given to a series of dynasties centered in modern-day Iran that spanned several centuries—from the sixth century B.C. to the twentieth century A.D. The first Persian Empire, founded by Cyrus the Great around 550 B.C., became one of the largest empires in history, stretching from Europe’s Balkan Peninsula in the West to India’s Indus Valley in the East.    Read more... »
Image courtesy:    Borna Mir/Getty Images... »

CYRUS THE GREAT - Conquest of Babylon, and his Downfall 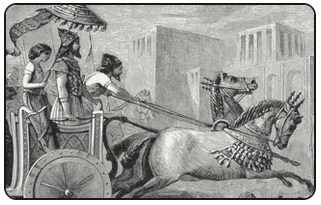 THE CONQUEST OF BABYLON Following on from his further conquests of lands surrounding the Tigris and Euphrates rivers, Cyrus fixed his attention onto Babylon. Cyrus found the demotion of the city’s patron deity Marduk and the forced labour of the citizens disgruntling. This too angered the Babylonian people, who turned against their king, having no reason to really oppose Cyrus as he had already built a reputation of not killing or enslaving those who yielded to him.    Read more... »
Image courtesy:    Ruthless facts about Cyrus The Great... » 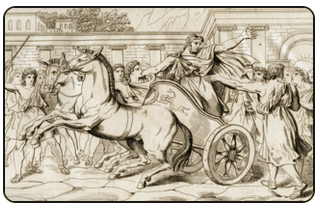 Written by Simon Hornblower Professor of Classics and Ancient History, University of Oxford.

Ancient Greek civilization, the period following Mycenaean civilization, which ended about 1200 bce, to the death of Alexander the Great, in 323 bce.
It was a period of political, philosophical, artistic, and scientific achievements that formed a legacy with unparalleled influence on Western civilization.    Read more... »
Image courtesy:  Peisistratus, copper engraving, 1832.Interfoto/Alamy... »

Written by The Editors of Encyclopaedia Britannica

Roman Empire, the ancient empire, centred on the city of Rome, that was established in 27 bce following the demise of the Roman Republic and continuing to the final eclipse of the Empire of the West in the 5th century ce.   Read more... »
Book of Daniel  The fall of Rome... »
Image courtesy:  Puente Medieval Besians  .. »

Kingdom-busting volcanoes linked to the rise of the Roman Empire 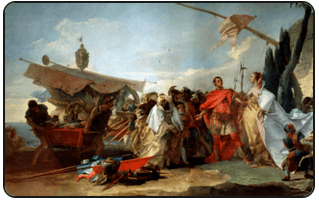 You won’t find it in history textbooks, but the Roman Empire’s rise to dominance in Egypt and the Middle East may have been influenced by a series of volcanic eruptions that reduced rainfall. These eruptions could have contributed to the sabotage and destruction of the Ptolemaic Kingdom on the Nile, paving the way for the rise of the Roman Empire.   Read more... »

What does the Bible say about..

Israel is the fig tree

The Fig Tree has Budded

The origin of the European people

The Gospel of the Kingdom