Bible history - Origin of the Bible and the Church Age

Origins of the Written Bible 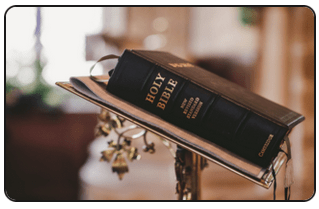 In writing How the Bible Became a Book, I began with a different question than scholars usually ask. Namely, why did the Bible become a book at all?
This question began to haunt me more and more as I studied the archeology of ancient Palestine and the early history of Hebrew writing.
Scholars agree that early Israel was an oral society of pastoralism and subsistence farming.   Read more... »

How It Came to Be: A Brief History of the Bible 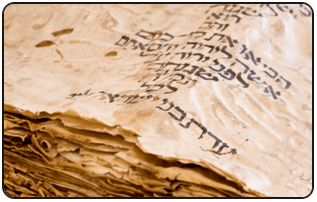 Have you ever wondered how we got the book we call the Bible?

The Bible contains 66 books and was written by more than 40 authors over a period of roughly 1,500 years. It’s divided into two major sections or testaments.
We call these the Old and New Testament. Together these sections make up one large story that centers on humanity’s problem (sin) and God’s solution to send His Son to rescue humanity from this problem.   Read more... »

What is the origin of the Bible? 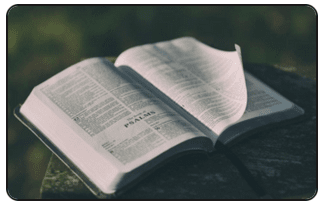 The starting point for investigating the origin of the Bible is The Acts of the Apostles (“Acts”), which is a methodical account of the early Christian church written by a medical doctor named Luke, who served as the assistant to and the note taker for the Apostle Paul.
In 64 AD, the Roman Emperor Nero burned Rome and blamed Christians for the fire to launch his persecution of the early church. In 70 AD, the Roman army sacked Jerusalem.   Read more... »

The Birth of the Church 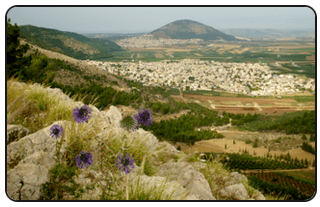 The book of Acts is the record of the ongoing life of Christ. The Son of God had died. He had been buried. But He had risen from the grave. He had appeared to His disciples—not once, not twice, but repeatedly. He had even taught them truths about His kingdom, although they wouldn’t understand some elements about it until later.
They were somewhat bewildered by the turn of events, but they were absolutely sure about some things. Read more... » 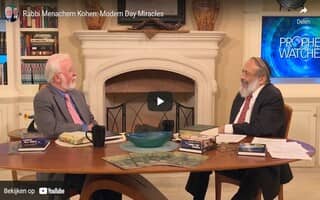 Prophecies for the Era of Muslim Terror: A Torah Perspective on World Events.
Dozens of actualized prophecies are discussed in this unusual book. In a comprehensive manner, this book treats the real issues behind: the long-standing Arab-Israeli quagmire & the increasing number of Muslim terror wars worldwide.
Gary Stearman and Rabbi Kohen examine modern miracles that have occurred in Israel.
Some topics are discussed as Modern day miracles.   Watch on YouTube (22:46)... »

Are We Entering the Great Tribulation? 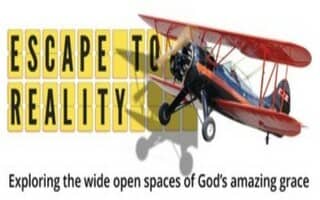 This has been one of the toughest years in living memory.
At the time of writing close to 700,000 people have died from a disease nobody knew about nine months ago. (2022 update: Make that 15 million!)
In many cities there have been riots, looting, and other signs of lawlessness. People are suffering. Some fear the imminent emergence of the antichrist.      Read more... »

When we read parts of Matthew 24, we may quickly assume that Jesus is talking about his Second Coming and the end of the world.
Such assumptions are based perhaps primarily on the questions the apostles asked, as recorded in 24:3: “As Jesus was sitting on the Mount of Olives, the disciples came to him privately. ‘Tell us,’ they said, ‘when will this happen, and what will be the sign of your coming and of the end of the age?’” Read more... »

What are the seventy weeks of Daniel?. 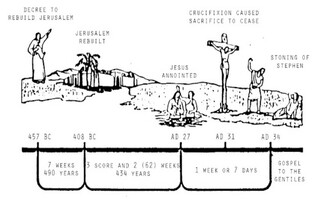 Many have made this prophecy to fit in trying to justify a manifestation of the Anti-christ. The theme of the scripture has always been Jesus and his finished work.
Daniel 9:24 “Seventy weeks are determined upon thy people and upon thy holy city, to withhold the transgression, and to make an end of sin,
and to make atonement for iniquity, and to bring everlasting righteousness, and to seal up vision and prophets, and to anoint the most Holy.
Seventy weeks = 490 years.   Read more... »

The Olivet Discourse study of Matthew 24. 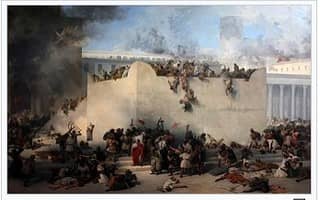 Note: There are several different times of ‘great tribulation‘ that are defined in the New Testament; which do not point to the same period of time.
One was fulfilled when Satan used the Roman Empire to try to wipe out the Early Church, killing 10 million saints.
Another was fulfilled during the 1,260 years of the reign of the antichrist Popes of Rome, from 538-1798 A.D.; when they killed over 50 million saints. Read 1,260 Years Of Great Tribulation.  The other one will be covered on this study.   Read more... » 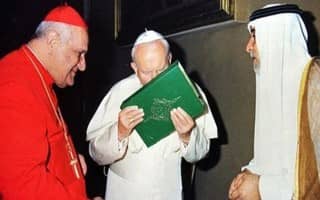 This Iron-Clay Feet Of Daniel 2 study series focuses on how the Muslims have been connected to the Roman Catholic Church since the 7th century.
In this prophecy fulfillment study you will learn that in the 7th century.
The Roman bishops wrote the Qur’an, with beliefs that are similar to Catholicism. They both revere the virgin Mary. Muslim women and nuns are covered up in black. They both revere the sun and moon gods. They both have prayer beads, pilgrimages, have holy wars and believe in killing heretics.   Read more... » 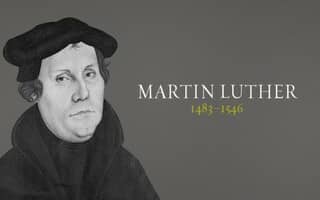 At last meditating day and night, by the mercy of God, I began to understand that the righteousness of God is that through which the righteous live by a gift of God, namely by faith. Here I felt as if I were entirely born again and had entered paradise itself through the gates that had been flung open.   Read more... » 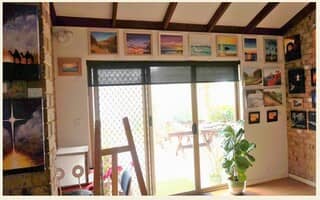 Catastrophic Global Food Crisis is Inevitable
It is also the next biggest crime against humanity. Please refer to chapter 6 of the book of Revelation. There we read of 4 horsemen. The white horse with the crowned rider represents Big Pharma’s engineered global depopulation through the bioweapon COVID shots. The other three horsemen represent famine, war and disease. All those are being engineered right now.   Read more... »
The Great Reset or God's Great Reset   Read more... »

Refuting The Thirty-One (31) Silence Facts About The Rapture 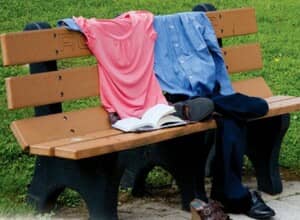 I remember reading a forwarded message on Whatsapp having to speak on a Rapture that was dawn upon us. I went through the 31 facts about the rapture that the author penned down and reviewed them in the light of scriptures and decided to blog this so that we can also see if this line with God’s plan or a man’s fables.
To be honest, I was quite shocked with some of the assertions written as most of it is just simply aimed at producing fear and uncertainty in the hearts of people and also get them prepared with moral works to earn and keep salvation.   Read more... »

What is the Infamous Agenda ID2020? 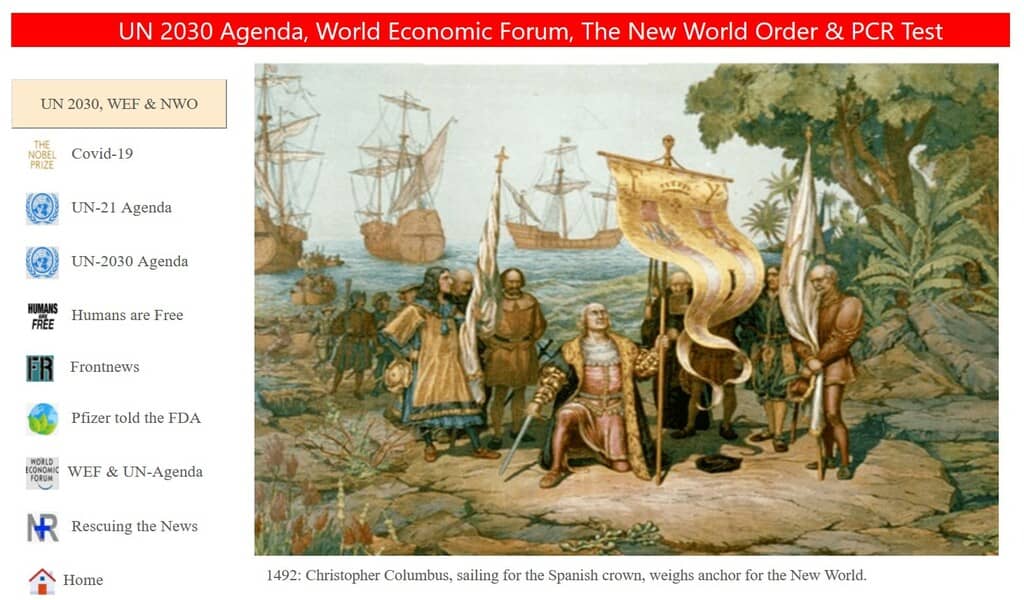 Agenda ID2020 – is hardly mentioned by any media, let alone the mainstream. Agenda ID2020, if carried out, is the ultimate control by a small elite – of the One World Order (OWO), also called the New World Order (NWO) – over the world population. It is a mechanism that would allow controlling every movement of each one of the 7.9 billion people of planet earth, including everyone’s health records, cash flows, bank accounts, as well as our behavior in this ultra-controlled society – which I refrain from calling civilization anymore.    Read more... »   |   UN-2030 & WEF agenda ... » 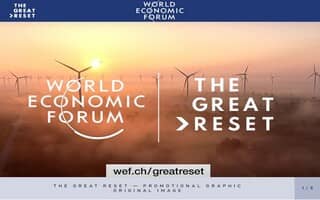 The Great Reset terror of Klaus Schwab and cronies
By:Franklin ter Horst (Created: May 16, 2020) (Last edit: February 4, 2022)
' The Great Reset' , the 'fourth industrial revolution' and the 'digitization of man' is the showpiece of the German Professor Klaus Schwab (or is he called Klaus Bodmer?), an economist from Ravensburg. This figure is best known as the founder and director of the World Economic Forum , also known as the Davos Forum. Schwab is a Freemason and comes from a Nazi nest of war profiteers . Schwab is one of the sickest and most dangerous power-hungry this world has ever produced.    Read more... » 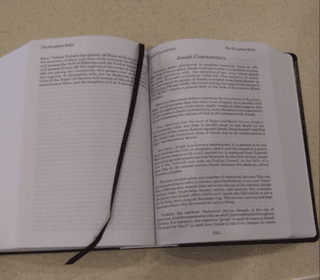 About 130 million books have been written throughout the world since the dawn of recorded history, according to an estimate published in 2010. Of those books, one stands alone in how strongly it is associated with prophecy, or predictions about the future. That book is the Bible.
Some scholars have proposed that there are as many as 1,800 prophecies in the Bible.
Many of those prophecies foretold the life and mission of a Messiah, a special being who would reconcile mankind with God. Those prophecies informed us centuries ahead of time that the Messiah would be of the tribe of Judah, a descendant of King David, that he would be born in Bethlehem, that he would be mortal and die and yet be eternal and have a worldwide impact. 100prophecies.org   |  Bible Prophesy  Read more... »

What does the Bible say about..

Israel is the fig tree

The Fig Tree has Budded

The origin of the European people

The Gospel of the Kingdom