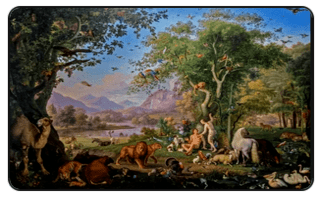 In the beginning God created the heavens and the earth.

Throughout the world, there is a common scientific opinion regarding the universe which is held by leading intellectuals from all nationalities, regardless of ethnic, political or religious background and belief.
That opinion is - within the universe there is law and order.
Remove this assumption and science is dead. Read more... » 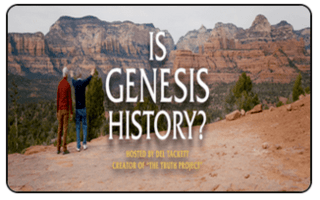 Follow Del Tackett and over a dozen scientists as they explore the science behind the history recorded in Genesis.
This eye-opening film will transform the way you see the world.   Watch the full film... »
Learning the lessons of Mount St Helens.
How its eruption backs biblical history by Tas Walker
Mount Saint Helens and Mount Tambora: What happened after eruptions? 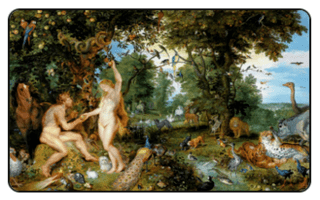 The world of unbelievers expects that those who call themselves Christians will believe that the Genesis account is literally and historically true. This is seen in their writings. These writers clearly understand the plain meaning of these chapters, and most of them have little respect for those who compromise on them.    Continue reading... »
Image Courtesy:  Genesis Creation Story Paintings

Genesis—the seedbed of all Christian doctrine 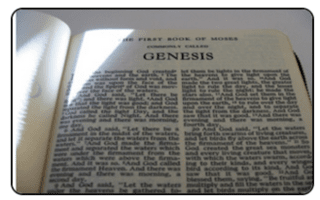 Everything in the Bible is inseparably bound up with its first book, Genesis. This is because Genesis gives us the origin and initial explanation of all major biblical doctrines. Obviously not everything that God took 66 books of the Bible to tell us over some 15 centuries is contained in just the first book.   Continue reading... »
Image Courtesy:  Photo sxc.hu 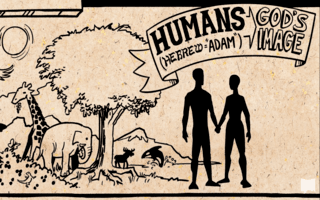 Watch our overview video on Genesis 1-11, which breaks down the literary design of the book and its flow of thought. In Genesis, God makes a good world and commissions humans to rule it, and then they give in to evil and ruin everything. 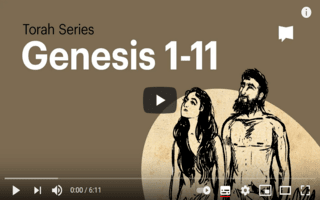 In Genesis, God makes a good world and installs humans as its rulers. Humanity rebels and ends up ruling the world in a destructive way leading to violence, death, and the founding of the city of Babylon. God’s response is to set in motion a plan to rescue and bless the whole world through the family of Abraham.

The Book of Genesis Part 1 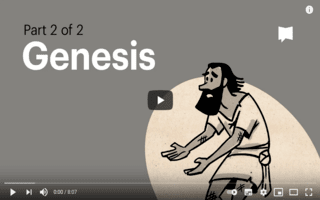 Watch our overview video on Genesis 12-50, which breaks down the literary design of the book and its flow of thought. In Genesis, God promises to bless rebellious humanity through the family of Abraham, despite their constant failure and folly.

The Book of Genesis Part 2

Did God Create in 6 Literal Days? 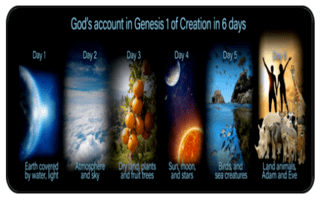 In the context, the word day in Genesis 1 refers to six 24-hour days. Every time it appears with “evening and morning” or with a number like “sixth day,” it refers to a 24-hour day.
Did God create the whole universe, including the original plants, animals, and first two people (Adam and Eve) in six literal 24-hour days? See photo's... »
Or did creation take place over millions of years? Read more... »

Why should I believe the Bible? 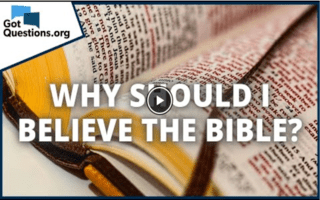 Question: "Why should I believe the Bible?" Answer: The Bible makes claims about the creation of the universe, the nature of the God who created the universe and reigns supremely over it, and the fate of mankind. If these claims are true, then the Bible is the most important book in the history of mankind. If the Bible is true, then it holds the answers to life’s biggest questions: “From where did I come?” “Why am I here?” and “What happens to me when I die?” The importance of the Bible’s message demands it receive fair consideration, and the truthfulness of its message is observable, testable, and able to withstand scrutiny. Read more... »    Bible miracles  Read more... » 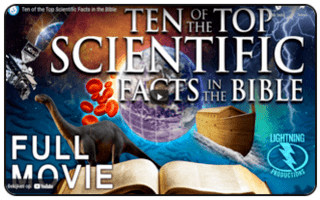 Was the Bible merely written by men—or is it the revelation of our Creator to mankind? If it is the Word of God, the implications are unspeakably wonderful. In this video, we’ll present empirical scientific evidence to make the case for the Scriptures being divinely inspired. Even though the Bible wasn’t written as a scientific book, it contains undeniable and amazing scientific facts that were written thousands of years before man discovered them.

Ten of the Top Scientific Facts of the Bible  YouTube (29:41) 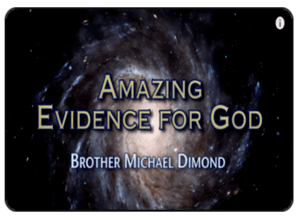 Since all of our new videos are available in high definition, those with a fast internet connection might want to select a higher quality setting for viewing the video: e.g. instead of 480p, you could select 720p or 1080p or even higher if you have an extremely fast connection. The ‘settings’ under the little wheel icon provide options for the highest quality viewing of the video. The little wheel icon shows up at the bottom right corner of the YouTube video screen when one begins to view the video.

7 REASONS WHY I BELIEVE THE BIBLE IS FLAWLESS 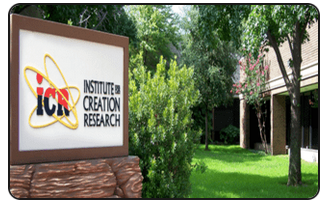 The Institute for Creation Research (ICR) wants people to know that God’s Word can be trusted in everything it speaks about—from how and why we were made, to how the universe was formed, to how we can know God and receive all He has planned for us. 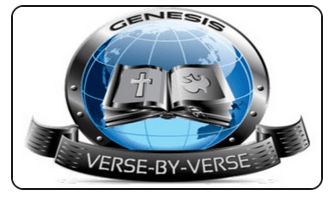 Genesis Verse-by-Verse
- How to use this page:
- Articles related to understanding the Genesis account
- Why does a proper understanding of Genesis matter?
Genesis: The missing piece of the puzzle
Genesis—the seedbed of all Christian doctrine   Continue... » 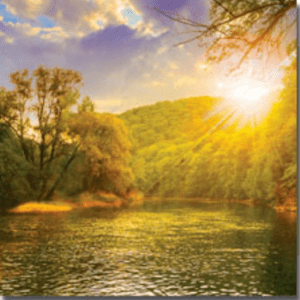 Please be aware that when most creation websites write about this subject, they don't typically warn Christians that this information is completely theoretical. This article is more a "food for thought" for born-again Christians, not a topic that is cause for long and needless debates.
No man's salvation is riding on the information I'm providing in this article, so it's not something I'm going to debate in email (so you all know before you start writing me letters of complaint). The bottom line is that we cannot know exactly what the pre-flood world was like because the evidence of it was mostly destroyed. However, through Scripture, and what little we can examine on earth, we can get an idea of what things may have been like.  To the website... » The Pre-Flood World  Read PDF... »

Noah’s Flood was a Global Event. 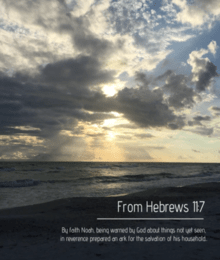 By faith Noah, being warned of God of things not seen as yet, moved with fear, prepared an ark to the saving of his house; by the which he condemned the world, and became heir of the righteousness which is by faith.

The early earth after creation is nowhere pictured as a place of smoking volcanoes, sulfureous fumes and violent quakes. The Apostle Peter quite simply says that the earth "was formed out of water and by means of water" (2 Peter 3:5).
The whole purpose of creation was to produce an environment-a habitat-for man. In fact, the universe was designed for man to manage and govern
(Gen 1:26-31, Heb 2:6-8)   Read more... » 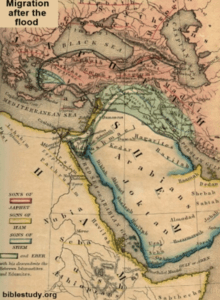 The History of the Nations.
The Bible proclaims that all of the human race has descended from Noah’s family, and we are all descendants from one of Noah’s three sons. We are all Noahs descendants. History of peoples and cities, literature, art, and genetics show relations to the Biblical accounts of Noah’s threes son the repopulated the world after the Global Flood. Each of the sons of Noah divided after the tower of Babel, and began to populate the world in different areas.

Universal Flood Argument
If the Flood were universal in scope and destroyed all of humanity, we must then assume everyone descended from the three sons of Noah. Does the Bible require us to believe that all of humanity was destroyed in the Flood? If so, then how are we to understand the distinct characteristics that the races took on? Read more... » 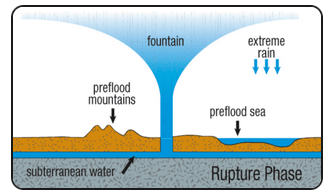 For decades, science books in America’s schools have taught that the earth is billions of years old, with the Big Bang bursting through the universe some 14.3 billion years ago.
They teach children that bacteria has been around a billion years or so and that the “Precambrian Explosion” some 500 million years ago launched some of the earliest forms of life.   Read more... »

The Pope, the Flood, and Global Warming 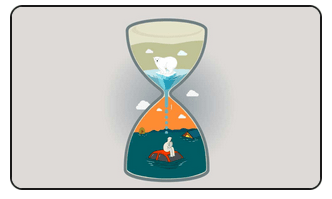 In a new book, Pope Francis warns that a “great flood” could result if civilization fails to stop global warming, and he draws an analogy between future sea level rise and Noah’s Flood. He writes, “The Bible says that the flood is the result of God’s wrath....It is a figure of God’s wrath, who according to the Bible has seen too many bad things and decides to obliterate humanity.   Read more... » 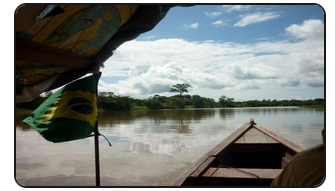 In the past 15 years, it’s been determined that a vast ocean once covered the western Amazon drainage basin.1 However, studies of the Miocene fossils reveal a conflicting story.1 Fossils are found representing both fresh water and salt water environments in the same layers, leaving evolutionary scientists befuddled.   Read more... »
Another mystery: 80 whales buried mysteriously in Chilean desert   Read more... »

The Ice Age after the Flood 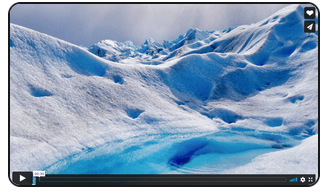 Many Christians are convinced that scientific data demand millions of years for Earth’s history and are therefore dissuaded from believing the Bible’s doctrine of a recent creation. Yet a belief in millions of years actually prevents secular scientists from finding solutions for many mysteries of Earth history—solutions that can be found in the pages of God’s Word.   Read more... » 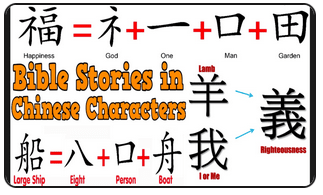 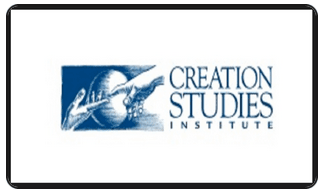 It's no secret that the lie of evolution has become a stumbling block for many on their path to salvation. CSI is called to remove this stumbling block by teaching the truth that God is our Creator, that we are made in His image, and that by Him and through Him, all things were made. We believe that God has called this ministry to serve the church community, the general public, and the academic community with the purpose of promoting the biblical foundation of creation so that ultimately, the lost will be led to their Creator and Christians will become stronger in their faith. Read more... »