The Seven Churches of Revelation (26:31) 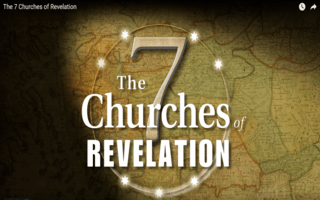 Our Daily Bread
It’s been almost 2,000 years since the apostle John was instructed by Jesus to write letters to the seven churches mentioned in the book of Revelation.
These timeless letters reveal a message of God’s love through the death and resurrection of His Son Jesus, identify and provide correction for problems in the church, and offer hope and encouragement for the future.

The Seven Churches of Revelation

The Meaning of the 7 Churches of Revelation. 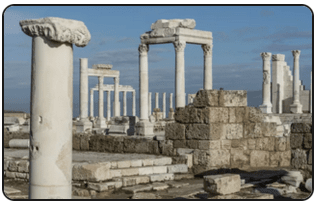 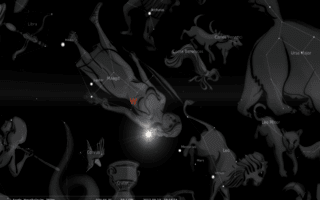 And there appeared a great wonder in heaven; a woman clothed with the sun, and the moon under her feet, and upon her head a crown of twelve stars
Dutch: Een vrouw met zon, maan en sterren verschijnt   Read more... »
Copy paste the URL: https://www.profetieindebijbel.nl/profetie.php?nr_profetie=317
to:   Google Translate Web
Revelation 12 – The Pagan Roman Empire Beast

The Apostle John is the author of the Book of Revelation. He wrote it when he was about 92 years old, while a prisoner of Rome on the remote desert penal colony of Patmos, an island in the Aegean Sea.
Patmos was a quarry mine for the Roman Empire, and was home to many political and religious prisoners or slaves. John, the beloved apostle of Jesus, was being held as a prisoner   Read more... »    (But what about the 42 weeks of Revelation, you may be asking? Scroll down to 1967 Jews finally in control of Jerusalem again) 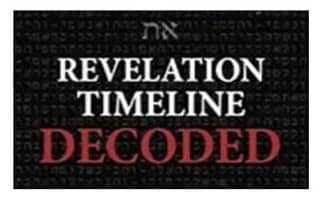 It’s all of the futuristic deceptions of the enemy that make it hard to see the truth of the fulfillment.
The enemy has programmed believers to look to the future for the fulfillment, as most prophecy teachers say that all of the Revelation seals, trumpets and bowls take place in the end-times. This is called futurism.   Read more... » 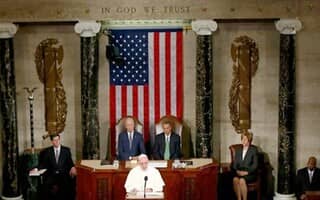 If you’re like me, you’ve been taught that most of Revelation is fulfilled during the last 3 1/2 years, so I understand that the historical fulfillment explanation seems contrary.
Just keep in mind that Messiah said that “if it were possible, they shall deceive the very elect.”
Satan has waged war with the saints during the last few millennia and part of that is through false prophecy fulfillment explanations, so that the saints are unprepared for how the end-times will play out, and for Messiah’s return.   Read more... » 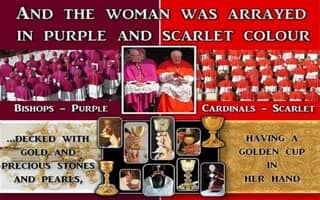 Messiah’s apocalyptic vision is a war manual, that uses symbols and layers to hide the fulfillment. Old Testament symbols point to a literal fulfillment.
If you read Revelation only from a literal perspective, the interpretation is hidden. It has four chronological layers, each of which spans from when it
was written until Messiah returns.
This book explains the prophecies of Revelation on a timeline   Read more... »

The Hour Of Temptation In Revelation 3:10 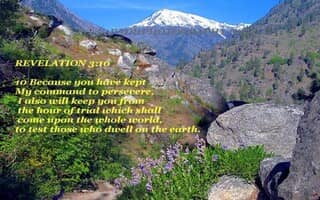 This Revelation Timeline Decoded Bible study focuses on the ‘hour of temptation’ that Messiah foretold in Revelation 3:10.
Messiah’s words in Revelation chapters 2-3 are to seven church eras that span from His first coming to His second.
These church eras faced the emperors of the pagan Roman Empire:   Read more... »

By their fruit you will know them. 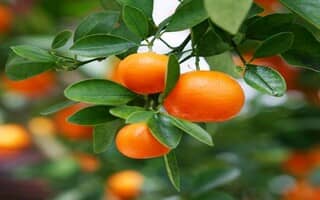 Revelation 18:23 – By Thy Sorceries Were all Nations Deceived 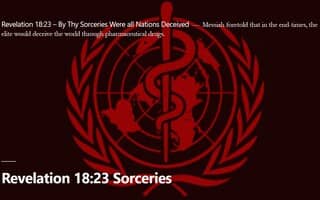 In the first century, Messiah proclaimed these words in Revelation 18:23; “for thy merchants were the great men of the earth; for by thy sorceries were
all nations deceived.”
Let’s break down Messiah’s prophetic words to see how they’re being fulfilled today, as Revelation 18 is about events which occur in the end times.   Read more... »